Apple cider vinegar is seen as a panacea to many of our biggest health issues, with it’s supporters crediting it to helping with many of our health woes. We take a look at the research to separate fact from fiction.

There is very limited evidence conducted on human examining the effects of apple cider vinegar on weight loss. One human trial published in 2009 examined whether apple cider vinegar did lead to weight loss. Researchers randomized obese adults into three groups: a low dose group which consumed one tablespoon of apple cider vinegar daily, a high dose group with consumed two tablespoons of vinegar daily, and a control group which did not have any vinegar. The vinegar was diluted in 500mls of water, and taken as two 250ml doses, after breakfast and evening meal. After 12 weeks, the vinegar consumers lost only two to four pounds, while there was no weight loss seen in the control group. It should be noted that a vinegar company funded this study, and that all participants returned to their normal weight four weeks after the study finished.

There is good research that apple cider vinegar can have positive effects on blood sugar. A systematic review and meta-analysis of studies published in 2017 found that vinegar (all types) can be useful in reducing glucose and insulin levels after meals, indicating it may be used alongside traditional treatment for controlling blood sugar levels. This is because vinegar contains acetic acid, which can inhibits the bodies ability to digest some starch. There has also been research which has shown that acetic acid can help improve glucose uptake by the bodies muscle, meaning there would be less in the blood. While this research is promising, there is no evidence which suggests that apple cider vinegar alone could be enough to control blood glucose levels, so any benefit would only be additional to that given by traditional medicines.

Many substances are promoted as helping in detoxification, however at the moment there are no published studies showing that apple cider vinegar can help you to detox. In fact, at the present time there are no studies which have proven that ANY diet can help the body detox. The body is naturally equipped to detox– the kidney and livers process toxins and allow you to lose them when you go to the bathroom. If you want to ‘detox’ the best thing you can do is drink enough water and eat a healthy diet-that’s it!

Your body tightly regulates its pH and for good reason- changes in pH would affect all of the bodies processes as it can inactivate enzymes, which are pH dependent. Anything you eat will be processed by the body and excreted, and does not have the ability to alter pH, therefore taking apple cider vinegar will have no effect on pH.

At this time, there is no conclusive evidence to show exceptional health benefits of taking apple cider vinegar for weight loss, detoxification or regulating pH. If you are diabetic, it may be worth trying apple cider vinegar, however you should discuss this with your doctor prior to trying it, as the effects may be too much when combined with your usual medication.

There doesn’t appear to be any harm in apple cider vinegar in small doses, whether diluted in water and taken as a drink, or neat. There are, however, many other things you could change in your diet to improve your health, such as increasing your fruit and vegetable intake. In this instance apple cider vinegar can help, as it adds a distinct flavor to many foods. Try using it in this Potato Salad or this interesting Apple and Brussels Sprout Slaw, which will have the added benefit of giving you extra nutrients and fiber from the veggies-win win! 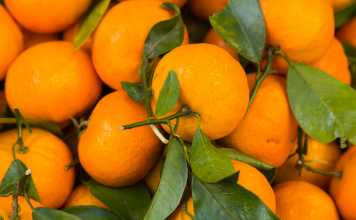 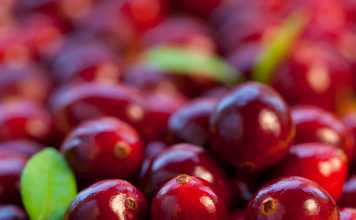