The Zika virus has been dominating the headlines recently so it’s important find ways to protect our skin through repellants and other means to stay safe.

As you may know, the Zika virus is obtained from mosquito bites and results in mild or asymptomatic responses that can last up to a week. Aside from mosquitos, this virus can be spread from a pregnant woman to her fetus, sexually, and likely through blood transfusions. There is lacking information regarding whether people who are immunosuppressed have a greater chance of infection with the Zika virus. However, once infected with the virus, one is unlikely to be infected a second time. Overall, preventing mosquito bites is the best way to prevent the Zika virus.

There are many methods to rid mosquitos such as zappers, sprays, candles and catchers, but only some of these work. DEET is one of the oldest and best mosquito repellents on the market. It has been around since the U.S. Army days in 1946 and became available to the public in the 50s. Although there is much competition for different repellents, the Center for Disease Control (CDC) suggests using a repellant that contains either DEET or picaridin for maximum effectiveness to avoid mosquito-borne illnesses.

A study done in 2002 compared different methods of repelling mosquitos, and “OFF!” spray, which contains 24% DEET, was found to provide greater protection than wristbands containing DEET or citronella candles. Although commonly thought to be unsafe, in 1998 the Environmental Protection Agency deemed DEET as completely safe and not at all a carcinogen. Interestingly, citronella candles hardly provide relief because the repellant is not applied directly to the skin and the candles emit heat, carbon dioxide, and moisture, which are similar to ordinary candles.

Other plant based repellents such as citronella, cedar, eucalyptus, peppermint, lemongrass and soybean were found to provide less relief than DEET. Out of all the plant repellents, soybean oil resulted in the most effective relief.

For cancer patients, especially with sensitive skin, try wearing clothing and then applying the bug repellent to the clothing rather than to the skin directly (Medicine Plus). Wear as much clothing to cover the skin as possible, even a full-brimmed hat for neck protection in order to decrease exposed skin. In addition, light colored clothing is better than dark clothing to lessen mosquito attraction. Use repellants that contain DEET or picardidin for the best results.

Try these simple tips to help keep the mosquitos away and prevent the Zika virus:

Remember not to scratch the bug bites! Rather, apply a hydrocortisone cream or calamine lotion a couple times a day to relieve itching. Also, a cold compress can help or an antihistamine for extreme reactions. Keep safe when applying creams and chemicals, and then kiss those big bites goodbye!

Alyssa Adler is a recent Boston University Graduate from Long Island, New York. She is a 2016 CFYL summer web intern. She graduated in May 2016 with a bachelor’s degree in Nutrition Sciences with a concentration in Dietetics. Her goal is to attend graduate school in the fall of 2017 in pursuit of a Masters degree in dietetics and eventually obtain her Registered Dietitian license. Last June, Alyssa started a food blog called Red Delicious and Nutritious. Her blog focuses on healthy eating and living and how decadent foods can be made wholesome and delicious. 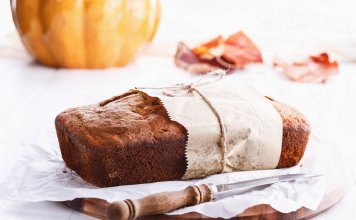 How to Cut Acorn Squash