Think of all the “keto” terms. Most popular is the ketogenic diet. Then there’s measuring ketones in the urine. Sometimes we talk about ketone bodies. And getting into ketosis. And don’t forget diabetic ketoacidosis. Are we all keto-krazy? What is a ketone anyway?

Let’s sort it out. Ketones (sometimes referred to as ketone bodies) are produced when we burn fat for fuel. When it comes to energy sources, the body has basically two choices: glucose or fat. The first choice is generally to dip into the glucose reserves. But if you want to burn fat instead, you need to pretty much deplete your stores of glucose. You can do that by cutting way back on dietary sources of carbohydrates, such as grains, fruit, beans, and milk/yogurt. How do you know you’ve worked down the glucose? You check your urine for ketones. This is done with a simple kit that you can buy at a drugstore. If you have ketones in your urine, you are in ketosis.

The term ketogenic diet is used frequently, but its most often used incorrectly to mean a very low carb diet. The Paleo diet and Atkins diet are examples. They usually start out at a carb level of about 20 grams per day. To put that into perspective, a small slice of bread has 15 grams of carbs, as does a half of a cup of potatoes or one-third cup of cooked rice. The mainstays of this diet are proteins and fats. The diet is generally used for weight loss, and it has been effective for some people. Some studies have shown good results for lowering blood sugar, blood pressure and cholesterol as well.

This diet isn’t for everyone. Given the drastic reduction in carbohydrates, people with diabetes (type 1 or 2) or pancreatic conditions need to check in with their doctor or registered dietitian nutritionist before starting such a regimen. Anyone with kidney problems or who is under a doctor’s care should do so as well.

Unlike the low-carb diet, the “true” ketogenic diet relies on fat as the primary source of calories. In fact, there will be four grams of fat to every one gram of carb plus protein. The ketogenic diet is used as a therapy for certain forms of epilepsy, mainly with children. It has also shown some promise in the treatment of certain brain cancers, and is being studied for other cancers as well. But make no mistake about it. This diet is very difficult to follow and is deficient in many nutrients. It should be undertaken only with the recommendation of a physician and under the guidance of a registered dietitian nutritionist who is trained in this area.

“Unlike the low-carb diet, the “true” ketogenic diet relies on fat as the primary source of calories. In fact, there will be four grams of fat to every one gram of carb plus protein.”

Finally, there is ketoacidosis. This is a condition known mainly to people with type 1 diabetes. If they are not taking insulin, they will be burning only fat, since they won’t be able to use the glucose in their system. Without the insulin, the ketone levels can rise to a dangerous level, creating a life-threatening situation. As mentioned above, anyone with diabetes or any disruption of their insulin production needs to proceed with caution if they want to follow a low-carb diet.

The bottom line is that a “very low-carb” diet is not a ketogenic diet, but it can produce a state of ketosis. Most people go on this diet for weight loss. The true keto diet is a therapeutic regimen for specific medical conditions and needs to be prescribed by a physician with guidance from an experienced registered dietitian nutritionist. 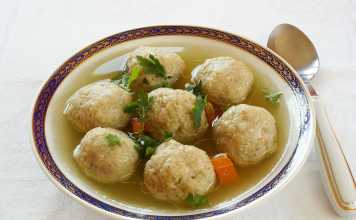 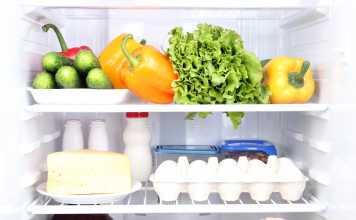