How the World Eats | Cook for Your Life
Skip to content 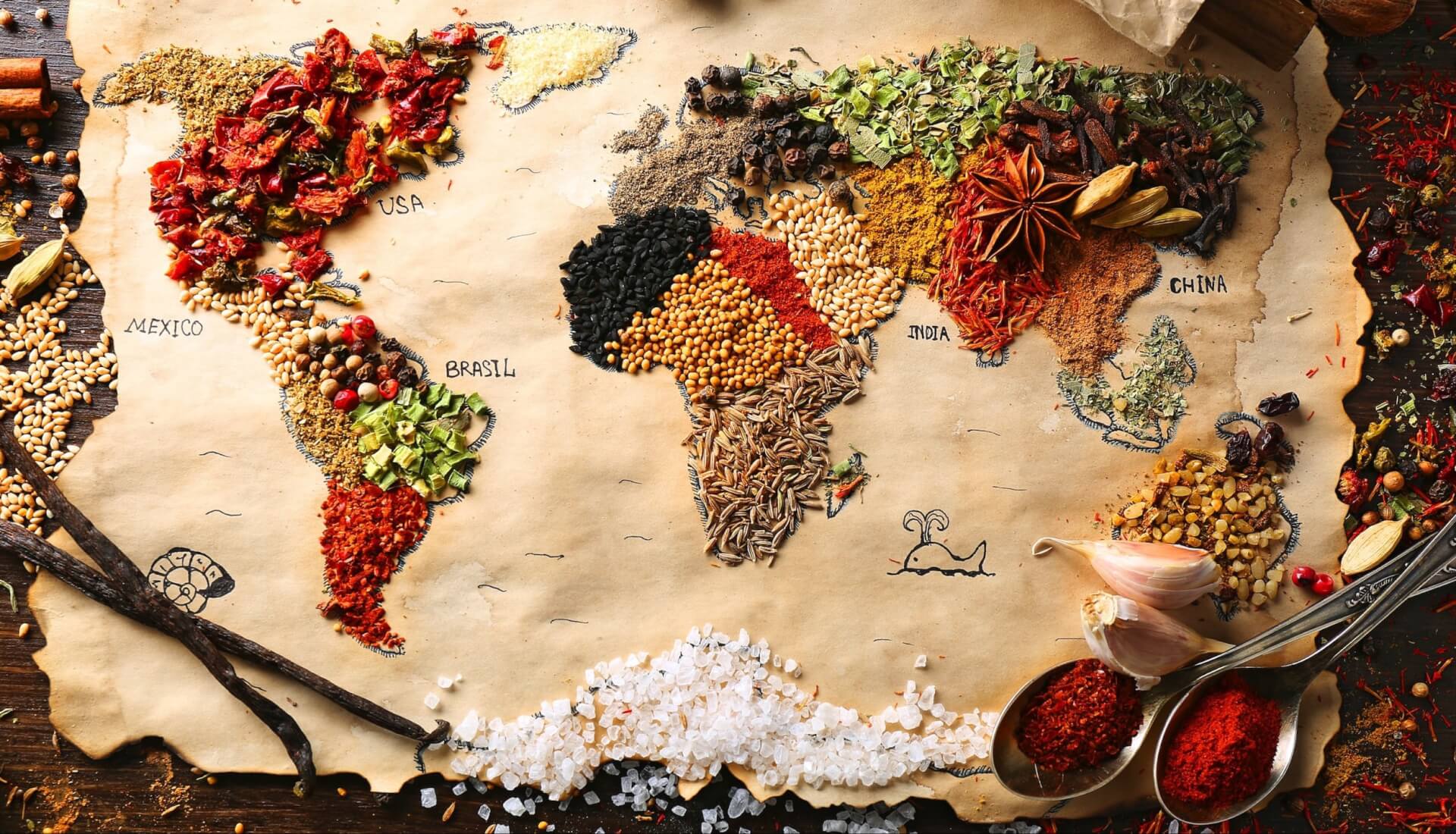 Daphne Miller is a family physician and author of The Jungle Effect: A Doctor Discovers the Healthiest Diets From Around the World. For over a decade, her clinical work and writing have explored the relationship between nature, traditional healing and western medicine. For her book, Miller traveled around the world including Mexico, Cameroon, Okinawa and Iceland, seeking a better understanding of why some countries are what she calls “cold spots,” places that have lower rates of modern chronic diseases.

She spoke with CFYL’s Marie Doezema in San Francisco about health, diets, and disease.

What are some simple criteria for eating healing and healthy foods?

I really encourage people to make their own food. If people are preparing something from scratch, that’s obviously the best. But if they’re not, make sure that food has no more than three ingredients, and that all of those ingredients are whole foods in themselves, something like garlic, salt and beans. Those are very simple rules of thumb. Also, have most of the meal consist of vegetables. If you’re eating meat, try to think of it as more of a side dish. I think of vegetables as free food–eat as much of them as you want. If you’ve served yourself grains, meats, beans and vegetables and you’re still hungry, go back and eat more vegetables.

How do you tailor eating advice specifically to patients going through treatment?

A cancer treatment like chemotherapy uses poison directed at the actively dividing cancer cells, but all of the treatments are pretty nonspecific and can injure all of your cells to some extent. So what you want to do is to eat foods that are going to help your cells repair, foods with a lot of rich phytonutrients and antioxidents. The advice that I just gave about lots of vegetables very much applies here.
Depending on the situation, if someone is nauseated or can’t tolerate certain food, it gets more complicated. I’m a big advocate of citrus flavors and ginger to help combat nausea. Highly fatty foods often make people feel more nauseous, so my advice ties in generally with healthier eating.

What was the inspiration for your book, The Jungle Effect?

Many patients over the years have told me that they’re trying to change their lives to deal with a weight issue, or to treat a chronic health problem like diabetes or heart disease, or to decrease the chance of a recurrence of a previously treated cancer. The theme that I heard from many of them was that they spent a lot of time reading about trying to eat healthy and yet had never found a way to really make the changes themselves. Many of them had followed one cookie-cutter, one-size-fits-all diet after another. Maybe they’d stuck to a diet for a little while, but then they always seemed to go back to their old ways. This really made a profound impression on me.
Coincidentally, there was the story a patient brought to me about her personal experience. She was dealing with a number of chronic health problems–pre-diabetes and very high blood pressure. She was also struggling with depression and a low thyroid and her weight was up. She told me a story about going back to her family’s village in a very rural part of Brazil on the banks of the Amazon, and spending a couple of months there. While she was there she noticed a lot of her health problems got better, really without any intentional effort. She came in to see me with a seemingly very simple challenge: “Please help me figure out what was causing that jungle effect.”
About six months later I ended up volunteering to work in a little village in a very remote part of Peru, and the only foods in the area were locally grown.

This was one of the first times in my life I was eating a truly local and traditional diet and living a traditional lifestyle. That was the first time that I realized that traditional recipes offer a diet that is not a fad diet–not invented recently by a health guru or supermodel–but one that has been passed down and has an emotional context that I think is very important.

How did you feel on this diet?

I felt wonderful. My whole family felt great, with more energy, more clarity. It started to make me curious about diets around the world that worked very much the same way. I became especially interested in places where there were still very low rates of the chronic diseases I see all the time in my regular practice –heart disease, diabetes, breast cancer, depression, colon cancer, prostate cancer. Off and on over the next couple of years I identified some of the places in the world I call “cold spots,” places with low rates of chronic diseases. I traveled to them and spent time learning from all different kinds of people–farmers, chefs, epidemiologists, doctors, home cooks, the whole spectrum of those involved with cooking and eating. That’s my book in a nutshell.

Did these “cold spots” have something in common?

I found that a lot of recipes in these areas, and the combinations of foods, had healing power within them. For example, the foods on the Greek island of Crete combine a lot of the iron rich food like wild greens with citrus or fermented food like yogurt. It turns out those acidic foods or fermented foods actually help increase the absorption of the iron. Tomatoes are often cooked with olive oil, and it turns out the olive oil is really good at releasing antioxidants such as lycopene.

So should we be eating what our ancestors ate, or should we pick and choose from various cultures?

The answer is yes and no. There is research now that shows we actually can get certain bacteria in our guts to help us digest specific foods that our ancestors have eaten for centuries. For example, Japanese people have a certain type of intestinal bacteria not found in other cultures, which helps them break down nutrients in seaweed. This has probably been passed down from their ancestors after having eaten seaweed for many generations. I think there is an argument to be made for looking to our traditional diets, but most of us are mutts at this point. We’re a mixture of many different ethnicities and genetic originations, so I think that any of these diets are going to be better for us than the standard American diet of highly processed foods.

Is the process of cooking part of the healing as well?

Yes, but cooking is only part of the whole experience of the food.  And it’s not only the taste and the nutritional value, but also whom eat with, the conversation, the location. All of these things can really change the way food interacts with your body. It’s been shown that when you eat alone there can be a kind of mindless eating, and you tend to eat more. If you eat with others or in a family setting, and have more flavors and more diversity of foods on the table, and you might eat less and enjoy it more.
But of course cooking itself, the act of lovingly preparing food, is a very important part of nourishing yourself. I get very worried about patients who tell me, “This is all well and good, but you need to tell me how to eat well without preparing my own food. I want to figure out what I can buy or have delivered to my doorstep.”  That may work for a while, but then eventually people tend go back to their old ways. If you’re preparing food yourself, and connecting to family members as you cook, the change is much more likely to be a lasting one.

Dr. Miller, a graduate of Harvard Medical School, currently works as a primary care physician for patients at Wholefamilymd, an integrative family practice in San Francisco. She also teaches nutrition and integrative medicine at the University of California San Francisco and lectures nationally and internationally on topics related to food and health.  In addition to practicing medicine and teaching, Dr. Miller contributes a column to the health section of the Washington Post. Interviews and profiles featuring Dr. Miller have appeared in a wide variety of print and internet publications including Vogue, Health Magazine, O Magazine, Gourmet, The New York Times, and San Francisco Chronicle. 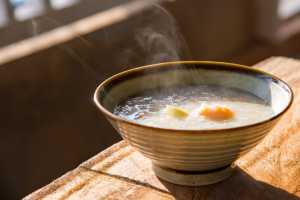 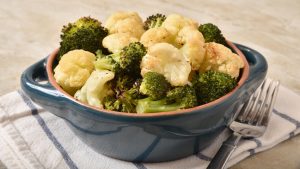 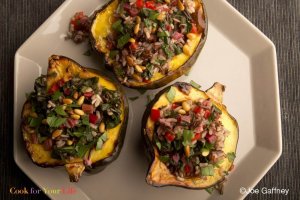