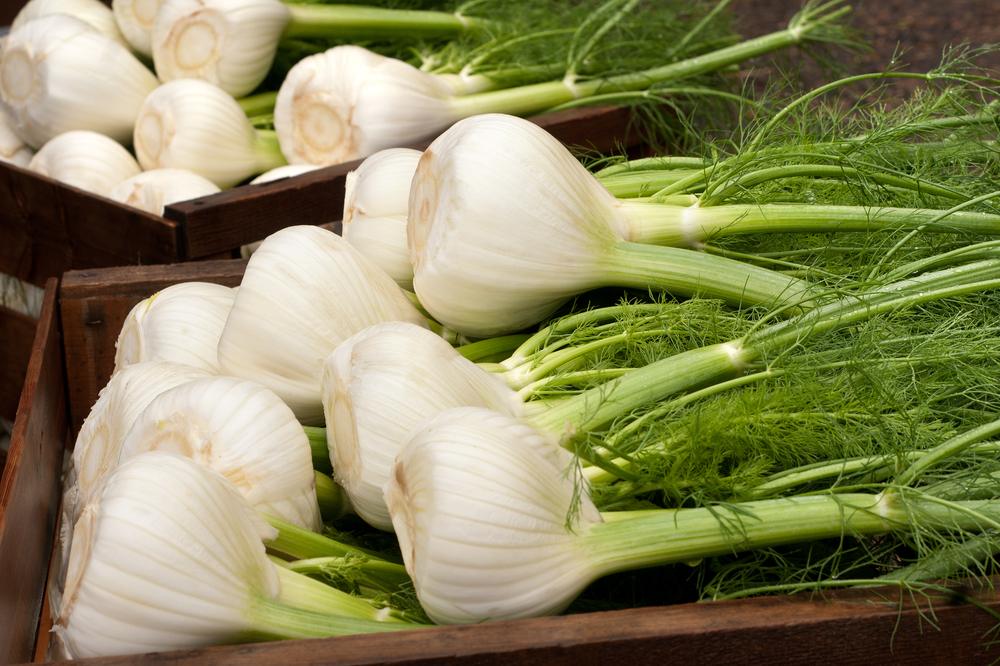 Fragrant fennel has been used for centuries to ward off stomachaches. Atypical in American cuisine, this licorice-like bulb has an honored place at the table throughout Europe — and with good reason.

Along with a fresh, crunchy consistency to rival celery, fennel provides vitamin C, fiber, and potassium. This yellow-flowering herb contains flavonoids, which are antioxidant compounds that may help lower the risk of heart disease and cancer. More recently, the phytonutrient anethole, responsible for the flavor of fennel, anise, and camphor, is being studied for its cancer-deterring abilities.

Anethole is a bioactive compound found in fennel which is known for its antioxidant and anti-inflammatory components, both of which are important in chronic disease and cancer prevention. Additionally, anethole is being researched for its potential role in the prevention of cancers, diabetes, asthma, and neurological diseases. In a cell study in 2017, it was found that anethole successfully slowed down the progression of prostate cancer, liver cancer, and breast cancer while mostly sparing non-cancerous cells.

This bioactive compound found in fennel poses promising cancer-preventative properties. It is important to note that due to the lack of human trials, we cannot say with certainty that consuming fennel will slow down the progression of cancer. Although, alongside the known benefits of fennel, the potential anti-cancer properties it has are a great addition to a well-balanced diet.

All parts of the fennel plant are edible. The bulb offers a mild taste and can be added raw to salads or braised for a delicious side. The stalks can be used like celery and are a great addition to soups.

Fennel fronds are used as an herb, and can be chopped to garnish many dishes. Even the dried seeds are used as a spice. Make sure when choosing fennel that the bulb is white and firm, the leaves are green, and the stalks are sturdy. Fennel can be stored in the refrigerator for about a week.