As cancer survivorship increases to 4 percent of the total population, there is an increased need for long-term research to improve cancer outcomes. Nutrition interventions have been shown to improve cancer outcomes and reduce complications from cancer treatments. In 2010, the USDA created MyPlate to replace the food pyramid as part of the Dietary Guidelines for Americans. However, it is important to underscore specific dietary recommendations specifically to cancer individuals rather than to all Americans. The American Institute of Cancer Research (AICR) created The New American Plate, which serves as a guide to healthy living for cancer survivorship. Healthy living is paramount for individuals touched by cancer because healthy eating fuels the body with nutrients that people need to heal, grow, and thrive.

The AICR and the American Cancer Society (ACS) recommend that cancer patients involve themselves in frequent physical activity and eat a balanced diet rich in fruits, vegetables and whole grains with limited meat and alcohol consumption. These guidelines highly focus on getting nutrients directly from foods rather than from supplements. Additionally, individuals recovering from cancer are advised to achieve and maintain a healthy weight. An article published by the American Dietetic Association mentioned that excess body weight has been found to result in higher mortality risks in individuals with esophagus, breast, colon and rectum, liver, prostate, pancreas and gallbladder cancers.

The AICR’s New American Plate designates two-thirds of the plate as fruits, vegetables, whole grains and legumes (beans) with the other third of the plate as animal protein. In other words, the diet should be highly focused on plant sources rather than animal sources.

Whole grains are an important component of the plate, opposed to processed refined grains. Whole grains contain all parts of the grain seed as well as naturally occurring B vitamins and fiber. Some examples of whole grains include quinoa, brown rice, barley, and millet. When at the grocery store, whole grains can be identified by looking at the ingredients. A whole grain product will have “whole-wheat,” “whole-oat,” “stone-ground,” “whole-ground” and others as the first ingredient on the label. Fiber is also a key component in whole grains because it helps to regulate the stool in addition to containing phytoestrogens, which are protective agents against cancer cells.

One Third of the Diet: Animal Protein

These include poultry, fish, lean meats and low fat dairy. The type of protein that should be limited to 18 ounces per week is red meats such as beef, pork and lamb (AICR). Cancer survivors are more susceptible to heart disease, which is a common cause of high consumption of red meats. Some meals can be made without meat by substituting of beans and nuts as a protein source.

Although fatigue is often a common side effect for cancer treatments, increasing physical activity has shown to increase energy levels and reduce fatigue. Also, physical activity can help strengthen bones and muscle strength as well as help maintain body weight. According to the AICR, adults should partake in 30 minutes of moderate activity per day, such as brisk walking, and then continue to increase to 60 minutes of moderate activity or 30 minutes of vigorous activity daily. A study has shown that consumption of 5 servings of fruits and vegetables combined with 30 minutes of walking 6 days a week had a 50% decrease in mortality after 7 years! This study concluded that fruit and vegetable consumption and exercise are an unbeatable combination for survivorship!

Water is extremely important for health such that all cells need water to function properly. American Cancer Society suggests that individuals drink at least eight, 8-ounce glasses of water per day. Sugary beverages such as sodas should be kept at a minimum; even fruit juices should be limited. A good alternative to fruit juices and soda is putting fruit, vegetable slices and herbs into the water to give it flavor! Try our Pomegranate water or Cucumber water for some refreshing beverages.

It is also recommended that alcohol intake be kept to a minimum. More specifically, up to 2 drinks per day for men and 1 drink per day for women is suggested (AICR). One drink consists of 12 ounces of beer, 1.5 ounces of 80 proof distilled spirits and 5 ounces of wine.

According to the AICR, any kind of tobacco use is associated with increased cancer risk. In addition, it is important to try and limit salt intake, especially in processed meats and foods such as canned, frozen or fast food items. An alternative would be to look for reduced sodium-canned goods and frozen items without any added salt or sugars. Fast foods, along with other nutrient dense foods are shown to cause weight gain, which has a negative impact on cancer patients. Energy dense foods consist of fast foods, convenience foods such as hamburgers, hotdogs, chips and French fries, and high calorie and fat snack foods.

Cancer remains to be the second leading cause of death in the United States. However, as cancer survivorship increases, there are increased amounts of research being done to help these individuals live fulfilling lives. A balanced diet with physical activity is key to healthy survivorship. By focusing on one goal at a time, slowly integrating healthy behaviors will result in a nourishing life and wholesome survivorship.

Alyssa Adler was CFYL’s 2016 summer web intern after graduating with a bachelor’s degree in Nutrition Sciences with a concentration in Dietetics. She has since gone on to earn her Masters degree, and is now a Clinical Nutritionist at Mt. Sinai’s St. Luke’s hospital here in New York City.  Alyssa has a food blog called Red Delicious and Nutritious which focuses on healthy eating and living and how decadent foods can be made wholesome and delicious. A woman after our own heart! 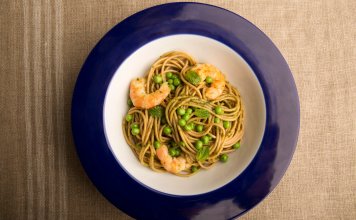 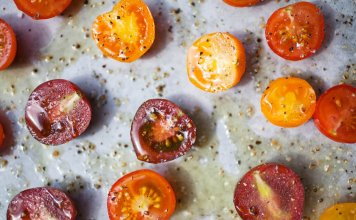 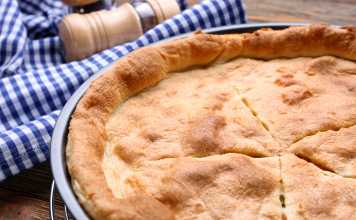