With the autumn weather slowly but surely approaching, it’s time to start thinking about warm drinks with which to arm yourself against the cold. For some, this time of year brings a season of pumpkin spice lattes and creamy hot chocolate. But there’s another drink that could offer you more than just a tasty cup of comfort during cancer treatment, and its key ingredient is matcha.

In Japanese, “matcha” means “powdered tea.” Matcha powder is comprised of 100 percent ground green tea leaves that can be dissolved in water and ingested directly. Matcha powder’s bright green color is completely natural and comes from chlorophyll, the pigment that gives plants their green color.

With its naturally creamy texture and sweet-savory flavor, matcha can be a  soothing drink to enjoy during cancer treatment. A high-quality matcha doesn’t have the bitter flavor often associated with green tea, and therefore its earthy yet mellow taste is less likely to overwhelm your taste buds, which may be particularly sensitive if you’re undergoing chemotherapy.

Since the entire tea leaf can be consumed once it’s been ground, matcha delivers an abundance of health benefits that surpass those of regular green tea. In addition to fiber and vitamin C, matcha is rich in the catechin Epigallocatechin gallate, also known as EGCG, which has powerful antioxidant and anti-inflammatory effects. Impressively, a 2003 study found that the EGCG concentration in matcha tea may be “at least three times higher than the largest literature value for other green teas”. Many people also report getting increases energy from matcha. Though matcha does contain caffeine (about half the amount in coffee), it also contains the amino acid L-theanine, which has been linked to an increase in mental alertness, thought further studies are needed to prove effect.

As a drink, matcha can simply be dissolved in water and consumed like a tea. If you’re feeling a bit fancy and want to be on trend, then a matcha latte is perfect– just add the matcha powder to warm milk or your favorite non-dairy alternative. Though you can find matcha lattes at many coffee shops and cafes, be sure to ask for less sweetener, as sugar is often added by default. For your regular at-home indulgence, make sure that the matcha you’re drinking is free of pesticides, as you’re consuming the whole tea leaf in its powdered form.

Matcha does seem to have the potential to enhance health and prevent disease. However, no one component can be a magic bullet; a poor diet with matcha is still a poor diet. Eating a balanced variety of foods is one key to overall good health. Drinking matcha may certainly be an added benefit to an already nutrient-rich diet. 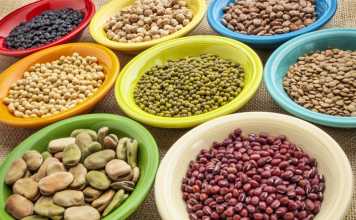 Our Favorite Summer Pastas and Noodles