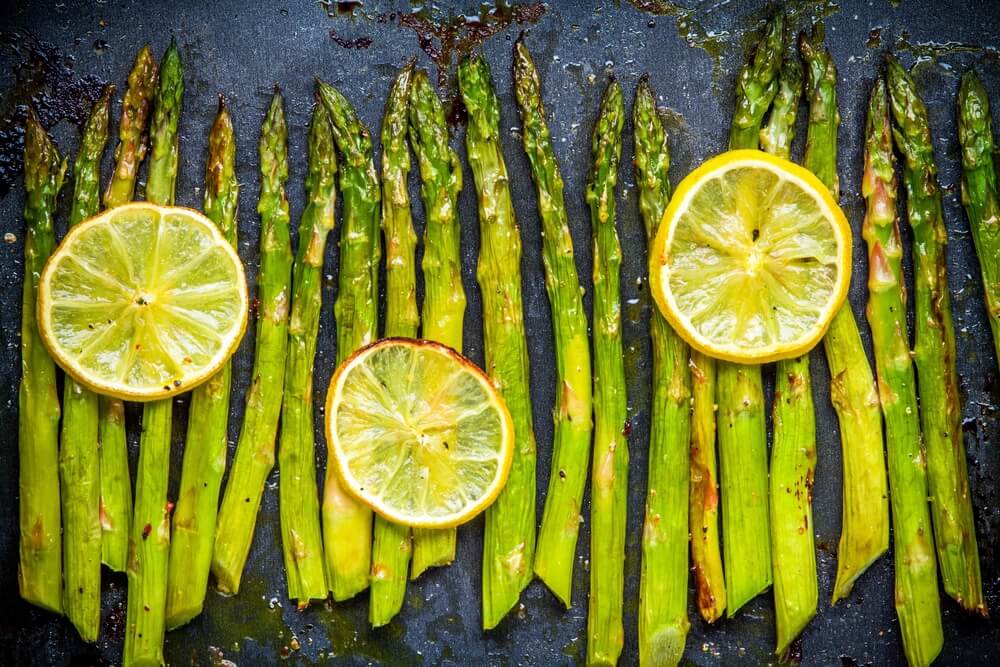 When bunches of bright green asparagus spears arrive in the farmers’ market, you know spring has officially sprung. In Germany, the veg is such a hopeful sign of warmer weather to come that entire festivals are dedicated to it, green or white, and known there as spargel.

There is good reason to celebrate asparagus. According to the American Institute for Cancer Research (AICR), asparagus brings high levels of folate, a vitamin essential for DNA health, and antioxidants that fight damaging free radicals. The green spears hold a wealth of other nutrients, too — protein, calcium, fiber, iron, and many others.  And, as long as you don’t slather it in butter (as the Germans do), asparagus has only 25 calories in a ½ cup serving.

If you’ve ever noticed that your urine smells peculiar after you’ve eaten asparagus, you’re not alone.  In fact, it’s believed that everyone produces an odor after eating the veg, but only about one in five of us has olfactory receptors sensitive enough to notice it.  In any case, it’s normal and there is nothing to worry about.

You can get asparagus all year round in many groceries, but beware of buying a “spring” vegetable in the dead of winter. It has flown far to reach your local produce department, and so freshness is an issue.

Asparagus comes in white, green, and purple variations. Green is the most commonly found variety, and the fresher it is, the better it tastes. Its spears can be as slender as pencils, or as thick as your finger. White asparagus – a great delicacy in northern Europe — is usually fatter, and costlier (since it is more labor intensive). It has a milder flavor than the green, and gets its color, or rather lack of color, from being deliberately grown in the dark to retard chlorophyll formation.

You don’t need any special cookware to steam asparagus, just a wide shallow frying pan, a lid, and a little water.  The most important thing to remember when preparing asparagus is not to overcook it.  It should keep its bright green color and not get too limp. If it turns a dull olive green, it’s overcooked. In spring, fresh asparagus spears are great, either served with a sharp Mustard Vinaigrette, or added to salads and pastas.  If you want a simple side, try our Baked Asparagus Fries.  Other delicious, easy ways to feature asparagus in a meal are our Asparagus Risotto, or our Asparagus Soup with Spring Herbs.