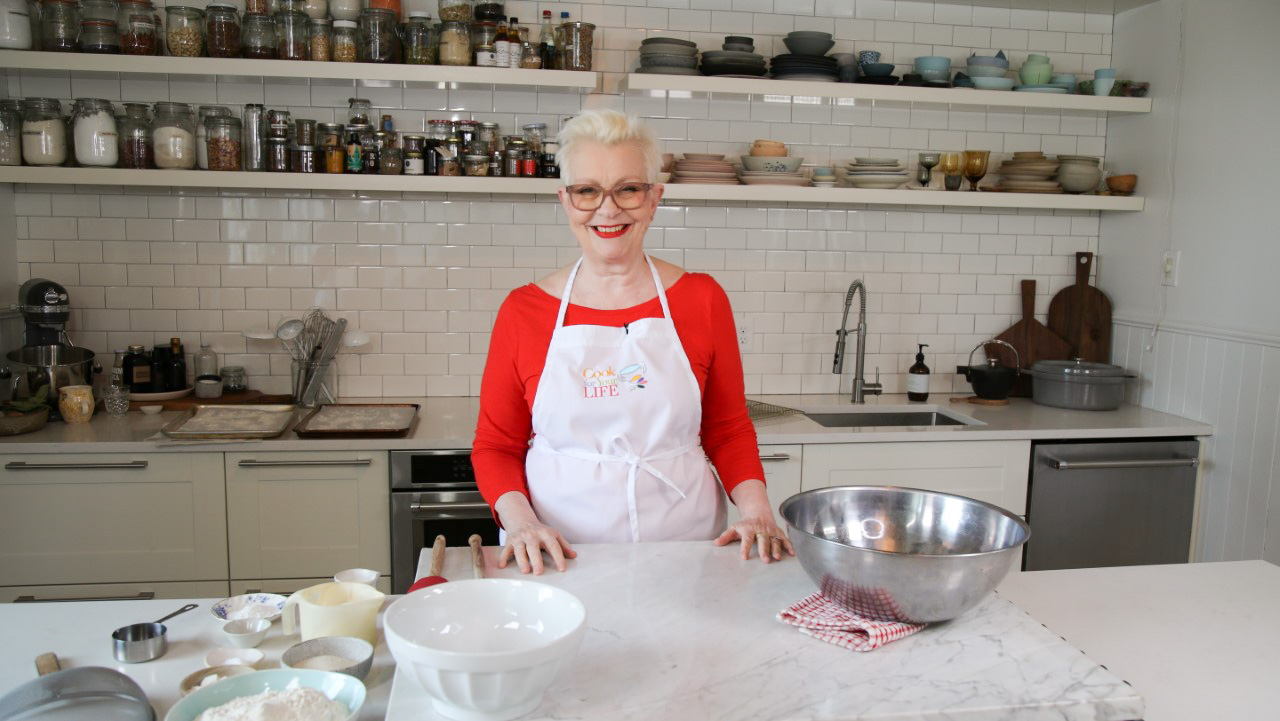 I’m a woman of a certain age. I guess I’m in what feels like the youth of my old age, although my doctors would probably disagree. But then age is more than the sum of its numbers – you’re only as old as you feel.

Like all women, I’ve lived with the vagaries of my reproductive and urinary systems. And until menopause hit, I dealt with all the usual yeast and urinary (UTI) infections that we women take in stride. We don’t bother the doctor but run out to the pharmacy to get over-the-counter remedies for problems we’re so used to having that we don’t pay attention to them.

Well, I’m here to tell you that we should always pay attention.

Last spring I catered a dinner I donated to our yearly fundraiser. When it was over, I sat down with the hosts and had a glass (or two) of pink champagne before getting into the car they’d arranged for me. When I got home, I was bushed. I chatted with my husband for a while to decompress and then got ready for bed.

Like most of us, I need to pee before settling down for the night and, when I did that night, I noticed that my pee was pink – just like the champagne I’d been drinking. I’d served some very red California strawberries and wondered if, as with beets, their color had made its way into my system. I didn’t think anything of it. But the next morning my pee was still pink. It was Sunday, so I thought I’d wait and see. I had no pain or irritation, just champagne-pink urine.

By Monday morning everything was back to normal, but I was now on alert. I wasn’t convinced the strawberries had caused this. And that kind of food discoloration is usually a one-off affair and this lasted for 36 hours. I was scheduled to leave for a business trip later that week and as someone who has already had cancer twice, I decided not to wait until after I got back to deal with it. I called my Primary Care Physician to tell her what happened, starting with, “It’s probably nothing, but…”

Long story short, my physician fit me in for a urine test. I actually stopped on the way to the airport – and thank god I did.

The pink wasn’t caused by strawberries or champagne or a UTI, but by blood. As it turned out, it started from an aggressive form of papillary bladder cancer. But we’d caught it early. It hadn’t progressed into the muscle of the bladder wall. This meant that after a small non-invasive surgery to remove the tumor, I was a candidate to have BCG treatment of six weekly injections directly into my bladder followed by four rounds of maintenance BCG injections over a year to help prevent recurrence, and then I wouldn’t have to undergo systemic chemo. I had months of chemo for my breast cancer and was very grateful not to have to go through it again.

I’m telling you this story as my very own public service announcement. Without my personal history of cancer, it would have been too easy for me to brush off this tell-tale symptom as normal women’s UTI woes, and not bothered to see my doctor. But I have had previous cancers so I did go see her and, because of that, my cancer was caught early.

As of writing this, everything looks clear. I am about to start my second round of maintenance and I should be finished with treatment before the end of the year.

I’m lucky to have this good prognosis. Sadly, the data shows that this isn’t always the case for women with bladder cancer. Unlike men, women tend to ignore symptoms like blood in the urine as the normal UTI problems we’re used to, and unfortunately, many doctors tend to assume the same in their women patients. This causes delay and as a result, we’re diagnosed with bladder cancer much later than men, leaving us with the burden of more advanced cancers with more invasive treatments.

But it doesn’t have to be this way. Old or young, we women must always remember that blood in the urine is never normal.

Bladder cancer can strike women at any age. Ex-smokers are at particular risk. If you have pink or dark tea-colored urine or find any traces of blood after peeing, see your doctor. If you feel persistent painful irritation when you pee, see your doctor. They can test your urine to see if you have a UTI infection and for traces of blood. If it’s not a UTI, but blood is present or your pain symptoms persist, push for a referral to a urologist, whether your doctor suggests it or not. The urologist will be able to look and see what’s causing it. Hopefully, they will find nothing serious, but if they do, you’ll have caught it sooner rather than later.

Please, take it from me and don’t ignore the signs. Make sure you know what to look for. And, don’t wait to see your doctor.

After her second cancer treatment, Ann Ogden Gaffney decided to leave her career in fashion to dedicate her life to teaching healthy cooking to people touched by cancer. In 2007, the nonprofit organization Cook for Your Life was born. Cook for Your Life has touched hundreds of thousands of lives. In 2015, Gaffney delivered her very first highly anticipated cookbook, based on Cook for Your Life’s classes, which was nominated for a James Beard Award.