This sour citrus is brimming with good-for-you vitamins, minerals, and antioxidants, but there’s also a darker side to the otherwise innocent ruby globe. Let’s start with some helpful information on grapefruit’s more unfortunate characteristics.

If you are a grapefruit lover, but take a lot of medications, make sure you are not taking a drug that interacts with it. Though doctors should remind you not to eat grapefruit when it comes to certain prescriptions, you should always make sure to ask them.  It’s been known for decades that combining grapefruit and drugs like statins can quickly concentrate the drug in the bloodstream, causing deadly overdoses. More than 85 drugs are known to have this dangerous interaction with grapefruit, and, according to recent news (link to NBC news article) more and more drugs are being developed that have this same dangerous side effect, including some cancer drugs. So it is extremely important to check with your doctor and pharmacist before either consuming the fruit, or chugging down the juice.

Grapefruit and other citrus fruits have been linked to lowering stomach cancer risk. According to the American Cancer Society, all fruits and vegetables can help lower stomach cancer risk, but citrus fruits like grapefruit, oranges, and lemons seem to have a particularly protective effect when eaten regularly. Grapefruits are super-charged with antioxidants like the ever-important vitamin C and prostate cancer-fighting lycopene.

Grapefruits have been widely credited as a weight loss aid. In a study comparing the effects of grapefruit consumption versus consuming a placebo, researchers found that those participants who consumed grapefruit or grapefruit juice lost about three lbs. more weight than the placebo group over a three-month period. Though this research is promising what is known as “the grapefruit diet” a low-calorie meal plan that includes the consumption of grapefruit before every meal, can be detrimental to your health– fad diets have been associated with heart and other health problems. So, it’s best to eat grapefruit mindfully and add it to a balanced diet.

Grapefruits come into season in December, and are at their most delicious over the holiday period and into January. They should be firm, have a smooth skin and feel heavy in the hand. Red-fleshed ruby and red grapefruits are the sweetest varieties. They usually can be eaten as is, with no extra sugar needed. In fact they have become so popular that it’s become hard to find the classic, sour white-fleshed grapefruits and pommelos that so many of us grew up with.

If it’s safe for you to eat, there are so many ways to enjoy grapefruit. Our Grapefruit Ginger juice is sweet with just a little hint of sour taste, and perfect for days when you’re not feeling well.  For a healthy, light treat try our Citrus Salad with Ginger Syrup. 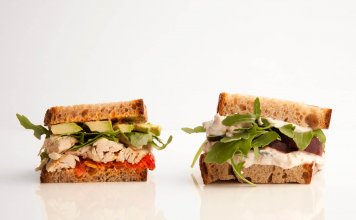 Lemon: The Super Citrus – Use it with Everything