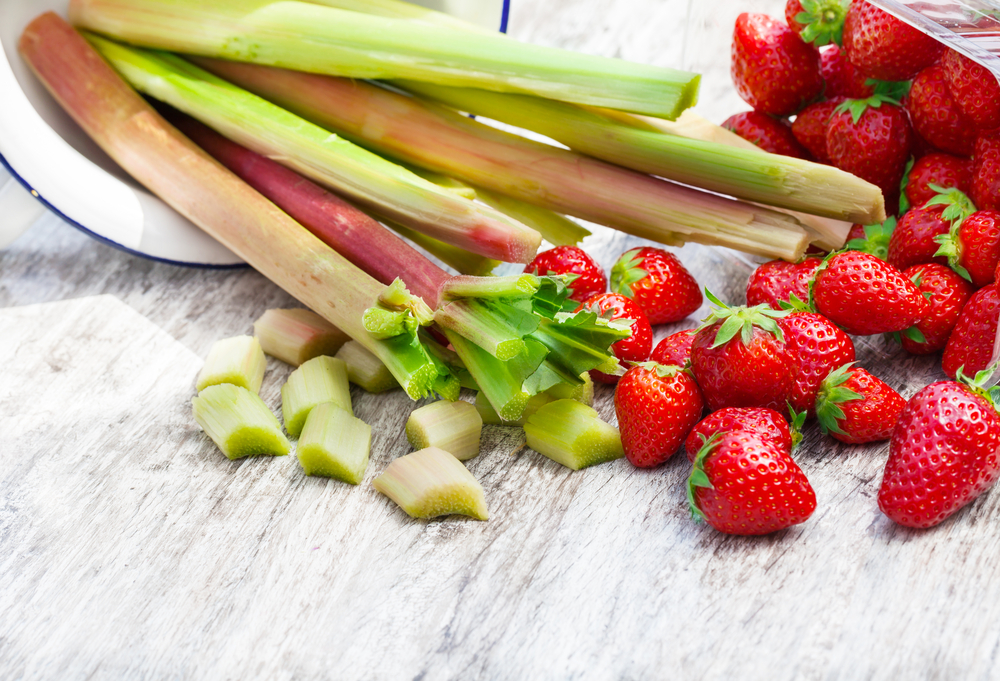 Stalk of the Town

Because it rarely makes appearances outside a crust, rhubarb is sometimes referred to as the pie plant. The bright red stalks are easy to find now in markets in spring and summer, but rhubarb used to be so sought after in medieval Europe that it was more expensive than saffron and opium. Today, it’s an inexpensive treat with a lot of nutritional clout.

The plant is almost intolerably tart on its own, which is why it’s often  paired with strawberries, ginger, or sugar to accompany and tame the sharp, acidic taste. As good luck would have it, the seasons for strawberries and rhubarb are one in the same.

Rhubarb is high in vitamin C, and also a good source of magnesium, fiber, potassium, and manganese. But the plant is not all good.  Remember to cut off and discard the leaves before preparing and eating rhubarb, because they have high concentrations of oxalate, a toxic chemical best avoided.

Rhubarb stalks can be slender or fat, but there’s no difference in their tart taste. They should be crisp and unblemished with a stripey mix of pink and pale green at the top turning into deep crimson towards the root end. Think celery with a sunburn. If your grocery sells rhubarb with the leaves still attached make sure you are paying by the bunch and not by weight, since the leaves will be discarded.  Look for leaves that are crisp and dark green.

Before cooking, it’s a good idea to peel the thicker stems, which can be tough. You do this by almost cutting the stalk through at its root end, starting from the curved side, and gently pulling the skin up and away in a long strip from the flat side.  Not all of it will come off, but that’s OK. You can peel the rest of the stalk by just lifting the skin up on the curved side from the freshly cut edge, and pulling it up and off in strips.

It’s not called the pie plant for nothing! The perfect strawberry rhubarb pie or crumble is the most delicious way to know that spring has sprung. Try making our Rhubarb Ginger Crumble. Or,  for a simpler way to use rhubarb, make our quick and easy Microwave Rhubarb Strawberry Compote. Because it’s naturally tart, you can experiment with the amount of sugar you add as you go along, slowly adding sugar until you get the perfect sweetness for your taste.  With or without other fruit, rhubarb is great as a topping for plain yogurt or vanilla ice cream. It’s the tart of the matter! 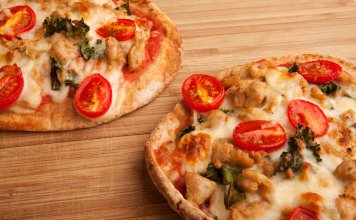