“There’s rosemary, that’s for remembrance,” says Ophelia in Shakespeare’s Hamlet. Centuries later, the herb’s historical link with memory support — along with various other health benefits — turns out to have a basis in modern science.

Popular in Mediterranean recipes, rosemary is a thick, pine-like herb with a woody aroma and taste. It pairs especially well with meat and potatoes and provides phytochemicals, such as rosmarinic acid and carnosol, that confer anti-cancer properties. One tablespoon of the dried leaves contains 5% of daily iron, 4% of calcium, and 3% of manganese.

As for remembrance, research suggests the rosemary connection may be a result of the carnosic acid contained in the plant’s leaves and oils. Rosemary has also been added to bath water or infused in hot tea to promote energy and healthy blood flow. According to a 2010 article in the New York Times, studies show that rosemary added to barbecue marinades may help protect against cancer by combatting the formation of toxic heterocyclic amines when the marinated meat is grilled.

Always use fresh herbs when you can. Dried rosemary has a stronger taste than fresh, so use 1/3 the amount of the dried herb. When cooking with fresh rosemary, strip or chop the leaves from the sprig just prior to use to allow the flavor and nutrients to seep into other ingredients. With dried rosemary, crumble the needles between your fingers prior to cooking to help release oils and nutrients.

Rosemary is very aromatic and well suited for many recipes. Use it in Cook for Your Life’s Potato & Rosemary Risotto, served with Arborio rice and Yukon gold potatoes for a hearty wintertime recipe. Or try Lemon Rosemary Baked Fish using cod or halibut, grated lemon, and the fresh herb for a nutritious, easy-to-prepare fall dinner. Rosemary can also be incorporated into a simple dessert like Baked Apples With Rosemary and Honey. 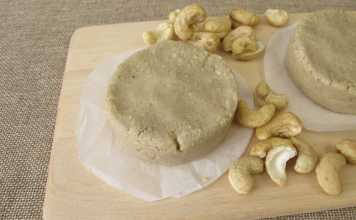 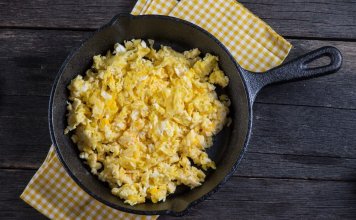 How to Make Perfect Scrambled Eggs