The premise of the opening gag in the 70’s movie Sleeper was that after years of research, foods we thought of as healthy, such as fruits and vegetables, were found to actually be harmful a century later. Well, as funny as it may be, it’s wrong.

In fact, major government and health agencies, including the US Department of Agriculture, the World Health Organization, the American Institute for Cancer Research and the American Cancer Society, all advocate a diet high in plant foods as a way to combat a whole range of chronic diseases, including cancer, diabetes and heart disease. Fruits and vegetables, including legumes, along with whole grains are veritable powerhouses of nature. Think of them as your allies in the fight against cancer.

Large studies relating fruit and vegetable intake with cancer have shown that diets high in these foods may prevent cancer and recurrences. Most recently, the European Prospective Investigation into Cancer and Nutrition study showed that compared with the lowest intake, the highest intake of vegetables was associated with a lower risk of overall breast cancer. What was interesting was that this was most marked in the PR – ER – breast cancer group, the more vegetables they consumed, the lower the risk So, adding as little as one extra serving per day to your meals and snacks could provide an additional boost to your system.

The latest CUP report by the American Institute for Cancer Research (AICR) and World Cancer Research Fund published in 2017 indicates that there is emerging evidence that foods containing carotenoids, and non-starchy vegetables may lower the risk of developing breast cancer. What’s more, the AICR estimates that a third of US breast cancers could be prevented by being active, not drinking alcohol and maintaining a healthy weight.

Cancer isn’t just one disease. And it doesn’t have just one cause. It’s what’s known as multi-factorial. Breast cancer isn’t the same disease as lung cancer, which isn’t the same as prostate cancer and so on. Cancer initiates in the cell because of cell damage, inflammation, inability to repair, poor signaling to die off, inappropriate differentiation and multiplication and sometimes genetics, among other reasons.

Many fruits and vegetables contain nutrients and other components that do exactly the opposite:  protect cells from damage, reduce inflammation, repair cells, induce cell death of damaged cells, correct differentiation and stop cell multiplication of damaged cells.  Whew! That’s a lot. And it’s no big surprise that some fruits and vegetables do one of these tasks better than others, but many are, like cancer, multi-factorial. Fruits and vegetables contain an array of vitamins, minerals, anti-oxidants, phytochemicals and fiber. These all create an environment in your body that supports health and discourages cancer cells from thriving.

How Much Is Enough?

For most adults,4-5 servings of vegetables and 1½ cups of fruit per day is a minimum. Note that a serving is is equal to ½ cup cooked vegetables or 1 cup of salad or uncooked greens. However, recommended amounts will vary based on weight, height and medical conditions of the individual.

One of the golden rules of eating fruits and vegetables is to vary the colors. Many of the phytochemicals in plants are indicated by their color. For example, carotenoids are generally orange and anthocyanins are red. By eating a variety of colors, you will naturally get a wide variety of nutrients. Aim to eat a serving of every color each day. The following should be “frequent fliers” on your plate. They rank among the highest in terms of fighting cancer.

Allium Family Onions, leeks, scallions, chives, garlic (to get the most from garlic: peel and cut up fresh garlic and let stand about 15 minutes before cooking)

Vegetable Sources of Omega 3 Fats Seeds and nuts, especially flaxseed, chia seeds, and walnuts, and vegetables such as purslane, spinach, Brussels sprouts, kales and dark salad greens.(Note: The omega 3 fats found in plants are called alpha-linolenic acid. While it is beneficial, it is a weak cousin to fats found in certain fish.  For men with prostate cancer, check with your healthcare team before consuming large amounts of foods or supplements containing alpha-linolenic acid.)

Vegetable Sources of Probiotics These are found in fermented vegetables that are processed naturally without added vinegar, such as sauerkraut and kimchi. Only buy products from the cold section labeled ‘contains live active cultures.’

Fruits and vegetables can, of course, be eaten both raw and cooked. It is known that cooking destroys some of the nutrients, or they are lost into the cooking water.  At the same time, this heating process makes some nutrients more easily absorbed. For example, carotenoids found in orange-colored fruits and vegetables are poorly absorbed in the raw state, but function better when cooked, either by steaming, sauteeing etc. Lycopene, which can help reduce risk of prostate cancer,  is found in tomatoes and does well when cooked and combined with oil, as in our Quick Tomato Sauce.

Bottom Line: Eat a wide variety of fruits and vegetables every day, every way.  Give your body the tools it needs to stay at its best. 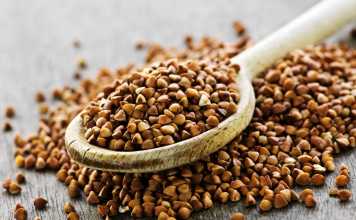 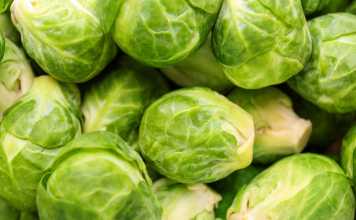 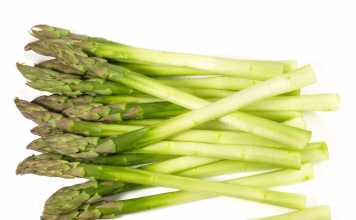