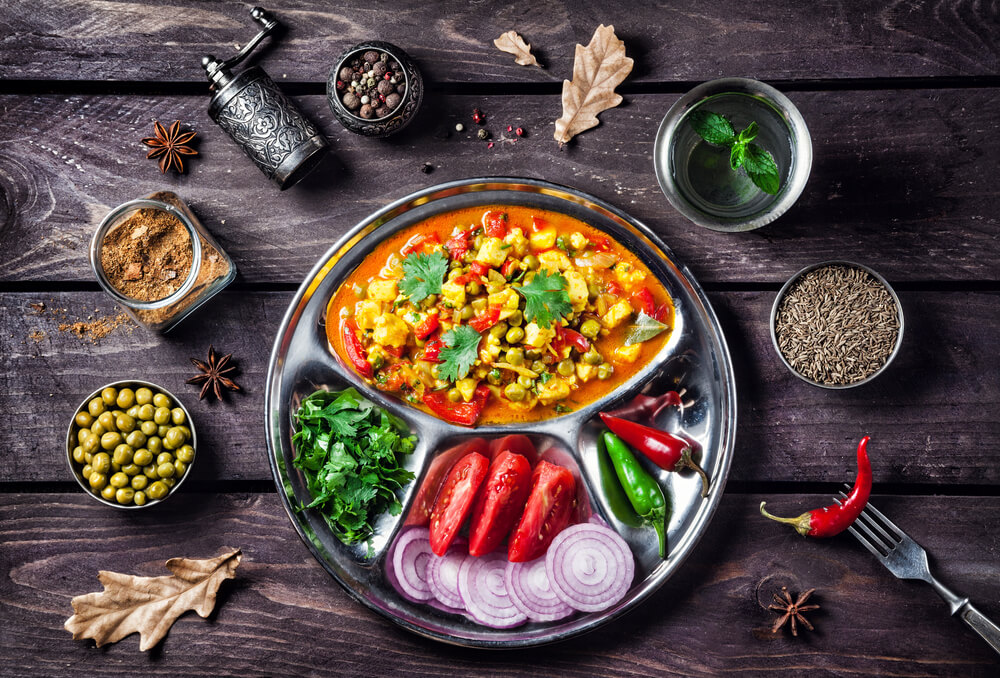 Diwali, the festival of lights, is celebrated every fall by Hindus around the world. The festival spans across five days and symbolizes the triumph of good over evil. It includes celebrations with Hindu rituals, fireworks, and – of course – foods shared at festivities among loved ones.

This is particularly a holiday in India, home to 95% of the world’s Hindu population. As Diwali is a celebration, traditional Diwali foods tend to be decadent, with emphasis on sweet treats, or ‘mithai’. Popular mithai include Khoya burfi, a fudge-like sweet, or payas, as sweet rice pudding.

While the celebratory food eaten at Diwali may be high in fats and sugars, the usual Indian diet is plant-based. This is due to the influence of the Hindu religion. Hindus are the world’s largest vegetarian population. They avoid beef, as cows are sacred, and generally avoid other meat and fish. This is because Hindu’s believe in ahimsa, meaning “do no harm”. Less strict Hindus may eat lamb, chicken, or white fish.

The traditional Indian eating pattern is rich in a wide variety of grains, pulses, fruits, vegetables, nuts, seeds, and spices.  Typical meals consist of dal (a legume dish) and rice, with vegetables, salad, and fruit. This plant-based way of eating has been shown to be protective against many diseases, including cancer.

Rates of cancer are lower in India than in the United States, although it cannot be said for certain that this is related to diet. Many components of the Indian diet have been shown to lower disease risk. Beans are one of the American Institute of Cancer Research’s Foods that Fight Cancer. They are high in anti-cancer nutrients such as fiber, folate, and phytochemicals such as flavonoids, inositol, and sterols. Whole grains such as rice are also cancer preventative due to the presence of fiber and polyphenols.

Indian foods are also traditionally very high in spices, which play a role in disease prevention due to the high dose of antioxidants per serving. Turmeric, used frequently in Indian cooking, has proven anti-inflammatory effects. Turmeric may reduce the risk of inflammatory diseases such as cancer, cardiovascular disease, and diabetes.

Indian food also often includes chili peppers, rich in antioxidants such as beta-carotene and vitamin C. Research is also ongoing into the link between cancer and capsaicin, the active ingredient in chili peppers that gives it its heat. Studies have found that capsaicin slows lung cancer cell growth in mice, however, this has yet to be proven in human studies.

Interested in bringing some spice into your life? To add a tasty and healthy Indian influence to your diet, try our delicious Butternut Squash Dal, Spinach Saag, or Mango and Chickpea Curry. 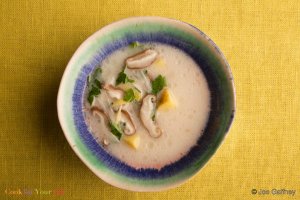 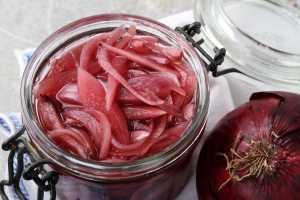 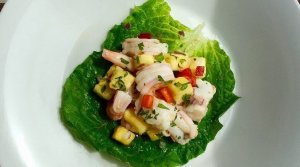