Salade Nicoise is one of my favorite summer dishes. It is what the French call a ‘salade composée.’ Once you make it you’ll see why – it looks spectacular and tastes even better. It is a salad of many parts, but you can save time by boiling the eggs and the potatoes together, I sometimes even put the beans in a steamer basket over them. However you do it, it’s worth it. This salad is a truly a fulfilling meal.

1. Put the olive oil into a shallow dish large enough to hold the tuna. Mix in the parsley and half of the scallions. Rub the herb oil mixture all over the tuna to coat. Cover with plastic wrap and leave in the fridge to marinate until ready to cook.

2. Bring 1-inch of water and a generous pinch of salt to a boil in a large pot. Boil the potatoes just until tender, then throw in the green beans. Cook for 2 minutes or until they are just tender. Drain the green beans and the potatoes and cool under cold running water to stop the cooking. Set aside.

3. Heat up a cast iron skillet. Cook the tuna for 5 minutes on the first side and 3 minutes on the other. The fish should be pink in the center but not rare.  Set the fish aside on a plate.

4. Rub the skins off the potatoes and cut them into quarters. Place them in a large bowl along with the green beans, olives, tomatoes, basil, and remaining chopped scallion. Prepare the Mustard Vinaigrette, and pour the full recipe over them and toss together.

5. Line large plate with the romaine lettuce, and in the center top with the potato mixture.

6. Cut the tuna steaks into ¼-inch slices and arrange around the potato mixture on the plate. Arrange the hard-boiled eggs around the edge of the platter and curl an anchovy fillet, if using, on each egg. Serve.

If you are on a neutropenic diet, either cook the tuna through thoroughly or use canned tuna as suggested above. You can lightly roast or broil the cherry tomatoes and pass on the romaine. It will still be yummy! 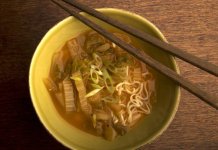 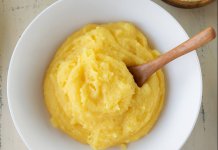 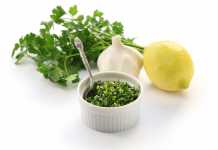 For the Basic Mustard Vinaigrette