If you’re in treatment, coconut flavored soups and stews can be comforting, tasty, and provide a dense source of energy to help get you through it. Coconut is high in saturated fat, so it’s best to use it in moderation.

Coconut has been used in Southern Asian cooking for millennia. Coconut is most often used in cooking either in its shredded, dried form or blended with water and strained to make coconut milk. There are two different types of coconut milk: The traditional canned version that can be found in the Asian aisle in most supermarkets, and the carton milk that can be found in the dairy case. For recipes, the canned kind is almost always what is called for, while the carton variety can be used as a replacement for dairy milk in smoothies, cereal, or on its own as a beverage.

Unlike coconut milk, coconut water comes from the naturally occurring fluid inside the coconut. Coconut water has gained popularity due to its naturally sweet taste and high mineral content.

Many coconut products come with added sugar, particularly dried coconut, so read the nutrition labels before adding to your cart. Same thing goes for canned coconut. Don’t confuse coconut milk with cream of coconut. Cream of coconut is loaded with sugar and is not a good substitute for coconut milk in recipes.

Coconut milk is used in many of our curries and soups for a creamier consistency. Dried unsweetened coconut can be used as a substitute but it must be soaked in hot water for 10-15 minutes first. You’ll get the taste, but not the creaminess of coconut milk. Coconut milk is a also great substitute for those who avoid dairy products.

We love the creamy flavor it gives to desserts that would otherwise use classic dairy milk, like our (Healthier) Pumpkin Pie, Coconut Banana Bread Pudding, and our Pineapple Coconut Gelato. 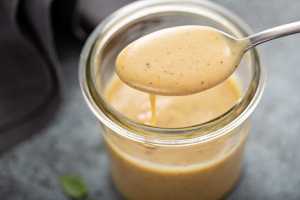