Grains have been a staple of the American diet for many years. Any food made from wheat, rice, oats, corn, barley or another cereal grain is a grain product. Bread, pasta, oatmeal, breakfast cereals, and grits are examples of grain products. They are cheap and provide an excellent source of carbohydrates which give us energy. Whole grains are grains in their natural form, before processing. They are excellent sources of fiber, protein and B vitamins, which have resulted in the American Institute for Cancer Research listing whole grains as one of their ‘Foods That Fight Cancer’.

It can be easy to get in a rut with your grains, as they are usually something which are stocked in bulk in the cupboard for quick meals. As with all things in the diet, it is better to eat a variety of different types of grains to get the biggest variety of nutrients.

Here are five of our favorite grains and their benefits to inspire you to step out of your comfort zone and try something new.

Barley is a nutritious whole grain, high in beta-glucans which are thought to lower cholesterol. Barley is available in hulled or pearl varieties. It has a mild, creamy flavor and a chewy texture which makes it ideal for someone who is just venturing into eating whole grains.

All of barley’s best qualities shine in this comforting Winter Minestrone Soup recipe. Leftover barley can be used in this tasty Barley and Kale Cake which combines the goodness of barley with the cancer-fighting benefits of kale.

Oats are one of the most commonly consumed whole-grains across the world. High in fiber, they are often eaten as porridge in the mornings to give slow-releasing energy throughout the day. Like barley, oats are also high in beta-glucans. The versatility of oats is also one of their main benefits.

Sick of porridge? Oat Pancakes are a great alternative for a filling breakfast. Oats can also be used in healthier sweet treat recipes, such as oat bars, cookies or oats shakes.

Bulgar is made from wheat kernels that have been dried and crushed. Most commonly used in tabbouleh, Bulgar boasts similar health qualities to other whole grains. It is great in salads and soups, and can also be used in place of meat in ground beef recipes to save money and to increase wholegrain consumption.

Try Bulgar Porridge for a delicious twist on a classic breakfast meal.

Quinoa is often listed with grains, although technically it is a seed. It is one of the only plant-based sources of complete protein (the other being soybeans), which means it is a great addition to a vegetarian diet.

Quinoa can be used in place of other grains in both sweet and savory recipes. Sub it for rice in this Burrito recipe or try it in a traditional Peruvian Stew for an authentic South American experience.

Corn is a gluten-free, high fiber whole grain that provides 21 percent of human nutrition across the world. Corn has the highest levels of vitamin A out of all of the grains, and also contains antioxidants such as lutein which are needed to protect against free radical damage.

Try this Rosemary Popcorn for a sophisticated snack bursting with flavor. 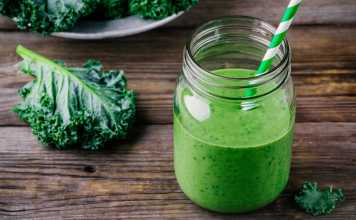