If you are contemplating a more plant based or even a vegan diet, seeds provide numerous health benefits due to the abundance of nutrients packed inside them. Seeds are an important part of the diet because they contain both monounsaturated and polyunsaturated fats in addition to magnesium, zinc, calcium and copper. Not only that, but seeds have significant amounts of fiber, vitamins and phytonutrients. Further, they have also been studied to provide benefits to the immune system, cardiovascular system and positively improve bone health, obesity, and blood sugar levels. Seeds come in different shapes, sizes and colors from all different sources such as plants, flowers, vegetables and herbs.

Flax seeds are known to contain lignans, which are phytoestrogens. These phytoestrogens bind to estrogen receptor sites and reduce estrogen activity and tumor cell growth. In addition to lignans, flax seeds are packed with fiber and omega-3 fatty acids. Flax seeds come in golden and brown and can be ground up before consumption in order to increase absorption. Add flax to yogurts, smoothies, rice, or even to sauces such as our Flax Seed and Walnut Pesto.

Hemp seeds are from the hemp plant where marijuana comes from, but it lacks the stimulating chemical known as tetrahydrocannabinol (THC).  Hemp seeds are unique because they contain the nine essential amino acids. These seeds are known to be high in protein and contain gamma-linoleic acid which contribute to many health benefits . Additionally, hemp seeds have a slight grassy taste and can be pressed into oil for vinaigrettes or added to baked goods.

Poppy seeds go as far back as Ancient Egyptian culture, where poppy seeds were initially harvested and later developed into a commercial crop all around the world. Poppy seeds contain ample amounts of calcium, iron, protein and fiber Poppy seeds have a light nutty flavor and are commonly used on breads and baked goods, or coupled with beets and lemons. Try our Lemon Poppy Cookies for a light treat with a hint of poppy flavor!

Commonly used as a condiment at a barbeque, mustard seeds are among the world’s most traded commodity. Mustard is a member of the Brassica family, or in other words the cruciferous vegetable family (broccoli, cabbage, kale, cauliflower, cabbage and brussels sprouts). Due to their brassica origin, mustard seeds are filled with phytonutrients called glucosinolates, which have been studied to fight cancer cells, specifically in colon and gastrointestinal cancer cells. Mustard contains selenium, which is shown to have cancer preventing effects, and magnesium which limits heart attacks, migraines, and restores sleep patterns. Furthermore, mustard also is a source of omega-3 fatty acids, manganese, phosphorus, copper and vitamin B1. This seed is found in many forms such as black, yellow and brown seeds which are used to made American yellow mustard, brown mustard (dijon), as well as the ground powder. Mustard is widely used in marinades, dressings, dips, vegetables, sauces, sides, and of course as a condiment. Enjoy the spicy, aromatic and rustic flavors of mustard in our Mustard Dill Sauce or our Basic Mustard Vinaigrette.

Part of the mint family, chia seeds are loaded with fiber, calcium, iron and magnesium. Calcium and iron are beneficial for bone health and magnesium is advantageous towards protein synthesis and muscle and nerve functioning. Additionally, chia seeds contain omega-3 and omega-6 fatty acids which are helpful for heart health, inflammation, blood pressure and blood sugar. Chia seeds are a perfect crunch to yogurts, salads, and baked goods. Interestingly, chia seeds have the ability to absorb moisture to become a gel-like consistency, which gives them the ability to make puddings. Add some chia seeds to the diet in our Mango Coconut Chia Pudding or Chia Seed, Yogurt, Raspberry Toast.

Pumpkin seeds are also known as pepitas, and are spanish for “little seeds of squash.” Pumpkin seeds contain monounsaturated fats in addition to magnesium, phosphorous, zinc and iron. One can get about 8 grams of protein in just an ounce of these seeds. Pepitas can be used to make granolas and are a great topper to salads and soups such as in our Wilted Spinach Salad with Toasted Pepitas.

The saying, “open sesame” holds true because these seeds are packed with nutrients and health benefits that are hard to resist. Interestingly, sesame seeds are among the oldest oilseed crops in the world. Sesame seeds contain magnesium and phytate (an antioxidant), which are both shown to have cancer preventing effects. Further, these seeds are a source of calcium, iron and omega-6 fatty acids. Sesame seeds are widely used in many cuisines such as in tahini on mediterranean dishes, on top of sushi, as well as in sauces, dressings, salads, and grain products. Check out some of our Sesame Seed Recipes to incorporate sesame seeds into the diet.

Getting a taste of all of these seeds can allow one to reap tons of different nutrients and health benefits, but it is important to consume these nutrient dense seeds in moderation. By adding a few to yogurts, smoothies, sauces, sides or just as a snack, a little bit can go a long way. 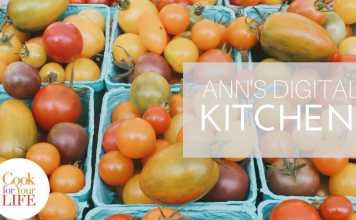