For many years I was a strict vegetarian, and for me Thanksgiving dinner was usually as good as the stuffing. This Cornbread Stuffing is delicious. During my time as a veggie, I became used to cooking my stuffing outside the turkey, and now I actually prefer it. The only place in the turkey I think stuffing works is in the flap left by the neck and up under the skin of the breast. It certainly makes for a DD turkey breast! To thoroughly cook the stuffing in the turkey’s body cavity — a necessity for those on chemo — the cooking time for the rest of the bird is just too long. This longer cooking time may be the culprit for turkey’s rep as a dry bird. But that’s just my theory. In any event, innie or outie, this stuffing is the best.

2. Combine the cornbread and bread cubes in a large bowl. Set aside.

3. Heat the oil in a large skillet. Add the onions and sauté over a medium heat until softened, about 8 minutes. Add the garlic and sauté for another 5 minutes.

4. Add the peppers and celery and cook stirring, until they are tender but still crisp. Season with salt and pepper and set aside to cool slightly.

5. Add the onion mixture to the cornbread and mix well. Add the eggs and enough stock to lightly moisten the stuffing.

6. Lightly press the stuffing into a greased 10×15-inch baking pan. Cover with foil. Put the stuffing pan into a larger high-sided pan to make a bain-marie. Fill the larger pan halfway with boiling water and bake for 50 minutes.

This stuffing can be made ahead of time. It will keep in the refrigerator for up to 2 days. Bring it to room temperature before cooking, particularly if you are stuffing the turkey with it.

If you make either of our corn breads from scratch for this stuffing, you will have some leftover. Cut it into squares and freeze it for later to enjoy with a bowl of Black Bean Chili. 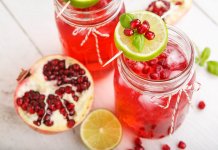